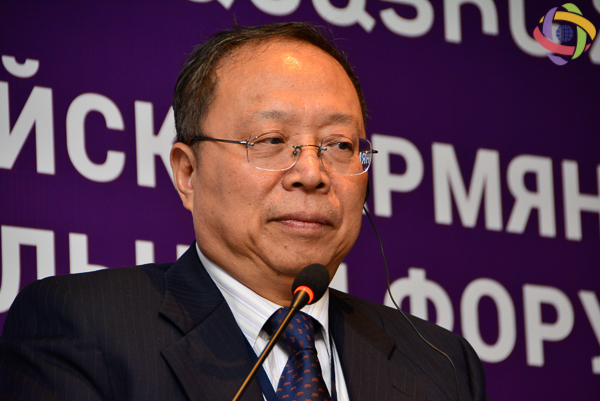 On October 13-16, Yerevan is hosting International Forum of Eurasian Partnership, organized by the

president of the Union of Armenians in Russia Ara Abrahamyan. At a press conference organized in the

framework of the Forum, Abrahamyan noted that a number of well-known companies arrived to

Yerevan that wants to invest in Armenia.

-Over the last 5 months, we held meetings with significant number of people; we had discussions and

organized this Forum. Now the directors of various companies are in Yerevan, and you will hear about

them in the next two days, no need to run ahead of time,- said the organizer of the International Forum

Another speaker, the adviser to the president of Russian Federation Sergey Glazyev stated that the

Union, which, according to him, is quite impressive. In his opinion, Armenia is not only a member of the

Eurasian Economic Union, but also became a center for the Eurasian integration processes.

– I believe Ara Abrahamyan&#39;s statement that Armenia will become the center of Eurasian integration.

Although Armenia has already become such a center, but we would like to hear the proposals of

business representatives at this Forum, as far as the Eurasian Economic Commission and the Eurasian

Economic Union have the task of creating better conditions for business. I would like to thank the

organizers of the conference, – noted Glazyev.

Studies Organization of China doctor Xu Mingqi also participates in the Forum. According to him,

Armenia and China can have a wide framework for cooperation.

– I want to express my gratitude to Ara Abrahamyan for organizing such an interesting Forum. Recently

the cooperation between China and EAEU member states has developed further. I can state that China

The representative of China also spoke about the New Silk Road.

According to Dr. Xu Mingqi, Eurasian Economic Union has a significant role for the implementation of

this project. He stressed the importance of Armenia&#39;s geographical position, noting that it is strategically