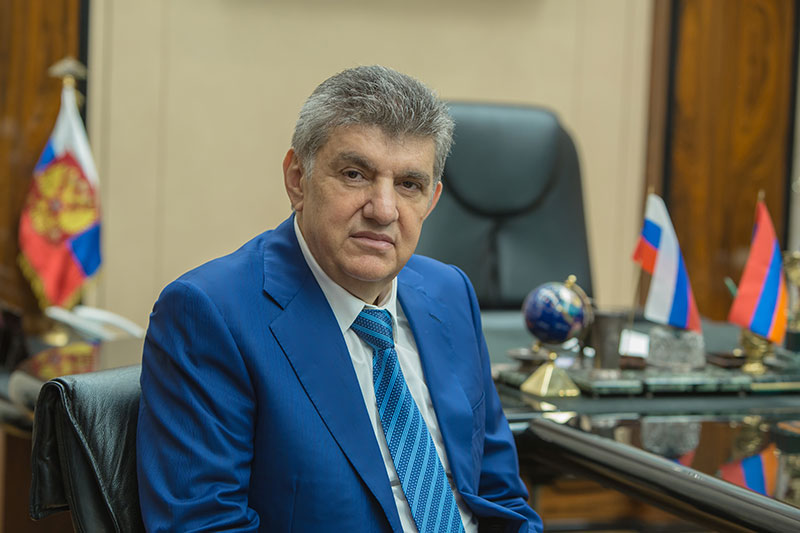 «Vesti.am» talked to the President of the World Armenian Congress and the Union of Armenians of Russia Ara Abramyan about the upcoming first International Forum of the Eurasian Partnership, which will be held in Yerevan in October, as well as about Armenia’s economic prospects and other issues.

-Mr Abrahamyan, it is known that on October 13-16, Yerevan will host the first International Forum of the Eurasian Partnership. It should be noted that the Armenian government has taken your suggestion and announced the creation of a working group. Please tell us about the objectives of the forum.

-The organization of the forum in Yerevan this October was initiated by public organizations and business establishments headed by me. The idea is quite clear, as the EAEC is a new attempt of thorough modernization of the integration processes in the post-Soviet space with the key participation of Russia and with the involvement of Armenia.

The economic sanctions of Western countries against Russia and the communication problems created certain obstacles to the formation process of the EAEC and active cooperation with Armenia. July events in Upper Lars once again demonstrated the existing problems of transport communications. However, the Russian business continues to show high interest in Armenia. The cooperation processes, the expansion of trade and investment policies have a significant development potential. It is no coincidence that over the past year the volume of export of Armenian goods to Russia has increased significantly, and the Armenian-Russian trade turnover has increased by 10%.

Thus, the expansion of the Eurasian integration, as well as the cooperation of Armenia with other foreign partners and exploring new possibilities of our economy predetermined the decision to hold this forum in Yerevan.

I strongly believe that today, Armenia needs a new economic program, which would concentrate the resources of the country and the diaspora, thus providing a qualitative rapid progress in the expansion of the production capacity, as well as development of knowledge-intensive sectors of the economy and creation of favorable conditions for attracting foreign investments. Besides, Armenia needs this economic program in order to be turned into an important regional transit area, thereby increasing the number of foreign partners and changing the content of external trade. All these and much more can be discussed and negotiated within the framework of the forum.

I hope that Armenia will become one of the most effective platforms for such an annual international economic forum, which will bring together the business representatives from the EAEC countries and other states, interested in the development of business. In my opinion, the current dynamics of economic processes in national and international life requires the formation of relevant economic platforms, where business and politics could discuss different approaches and development programs to stimulate the creation of favorable conditions for capital inflows, to build bridges of partnership and cooperation through dialogue and balance of interests.

I hope that the new Prime Minister of Armenia Karen Karapetyan will also be our good and competent partner in the development of integration ties in the Eurasian region and in turning the Eurasian economic forum into a permanent platform. I assume that we are already demonstrating a real approach of meaningful cooperation with the Government of Armenia on this issue.